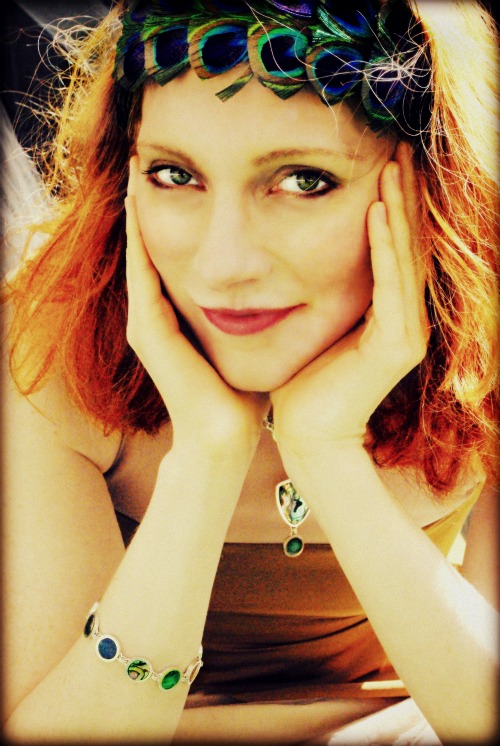 Kendra Roberts will be the first to tell you that the juxtapositional nature of her jewelry—beautiful semi-precious stones and shell crafted through the physically-demanding art of lapidary (stone cutting)—is an ironic, yet spot-on reflection of her artistry and personal self.

Raised primarily in Indianapolis, Kendra, from an early age, possessed a special affinity for striking and compelling colors. As a small child, she used crayons and paints to express herself before she even learned to speak. This affinity led her to her high school's Artistically Talented Program and onto DePauw University to study fine arts. During her sophomore year, Kendra took a month-long intense jewelry making workshop in the high desert of New Mexico—a course that changed her life.

Kendra discovered her labor of love–the technique of cutting rough stone to create wearable art. By banging metal, igniting torches and then soldering and polishing, Kendra drew upon her "tomboy" roots and learned to craft one-of-a-kind jewelry using her bare hands. The aggressive, tactile nature of this rare artistic process involving sweat, blood and mess yielded an earthy, yet royal-like beauty—and it captivated Kendra. The idea that she was authentically creating something with her own two hands that would be intimately worn on someone's body drove her to leave painting and devote herself entirely to jewelry.

After graduating, she worked at the Indianapolis Art Center in the education department and spent a lot of her extra time in the metal-smithing studio. Kendra then left for Scotland's Glasgow School of Art, where she spent two years researching, writing and creating a body of work revolving around the theme of Southwestern Native American ceremonial sites and those of the Megalithic peoples of Great Britain.

When her master's degree work in Scotland was finished, Kendra moved to New York City and launched KSJ, debuting during New York City Fashion Week 2005. KSJ is distinctly known for its individually sourced, hand cut and polished colorful semi-precious stones and shell that are set in clean, contemporary designs.